2020 – A reflection and thoughts for the future 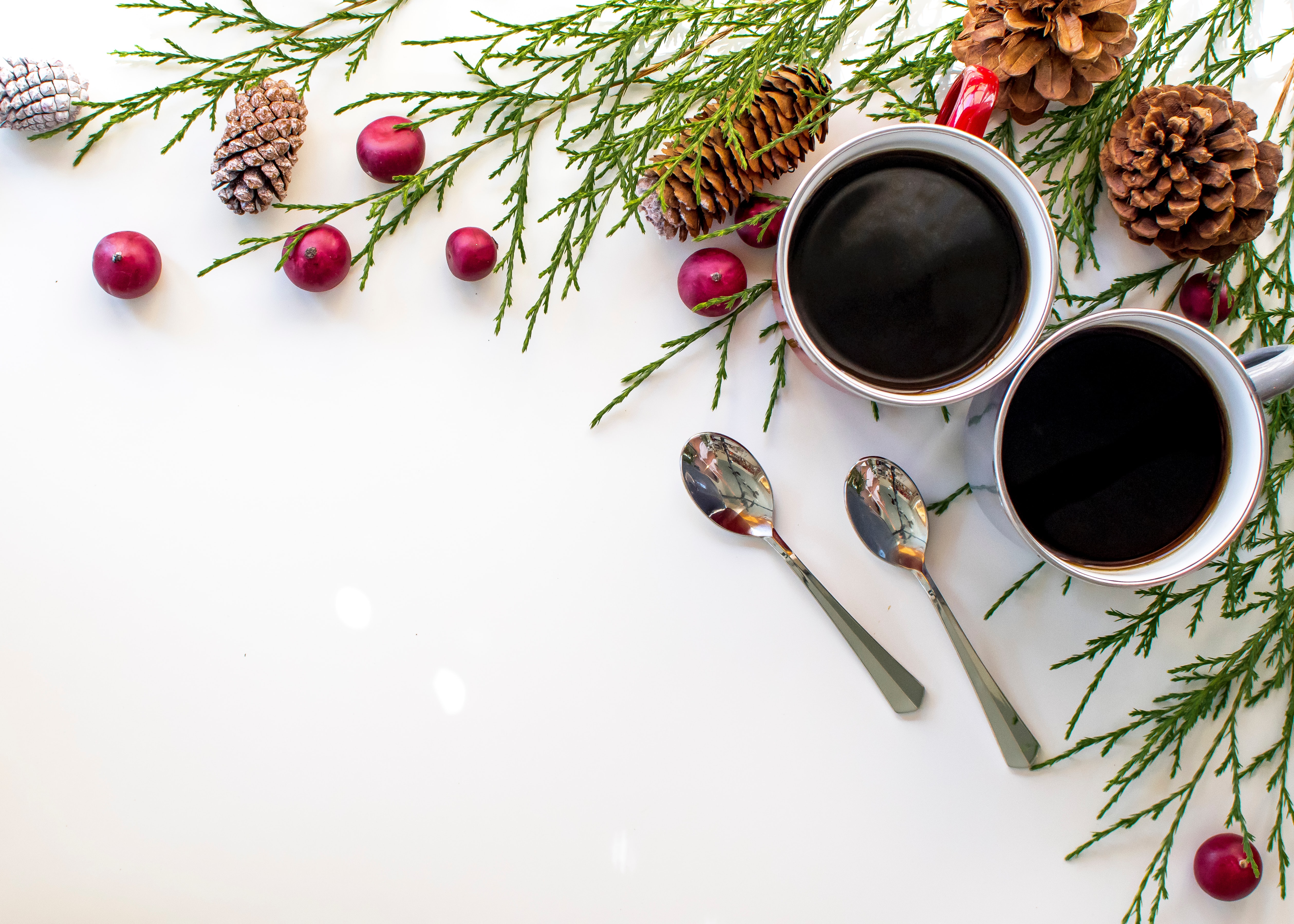 As ethical investors we are concerned about more that the value of money - as our business strapline says, we want to “make your money change your world”. Well, the world has certainly changed in 2020 but what has it meant for you personally and for our futures. I don’t claim to have all the answers – but here are some thoughts…

In March, we experienced the third financial crash of the 21st century. Economic analysis suggests that in developed capital led economies the economic cycles run on average for about 7 years, so there is always the likelihood of what the experts call a ‘correction’ to market values. Given that the last major financial incident was the 2008 finance crash, we were probably due an adjustment in value of our investments. That long period of growth was slightly misleading, because of the prolonged global government stimulus to support economies following systemic failings in the financial system. In the intervening years, lots of work has been carried out to address the resilience of banking and financial institutions, but as we know that was at the cost of austerity.

The austerity impacted most on people with increasingly precarious lifestyles and on those that we now see as ‘key workers’. Even within the financial markets, the last ten years have created marked divisions between winners and losers. Those, perhaps scared off by losses in 2002 & 2008, who elected to keep cash on deposit in banks and building societies, have seen the value of that money eroded by ever falling, sub-inflation interest rates. So that despite the lower inflation of the past year, we are looking at interest rate well below it, as low as 0.001%. Not surprisingly, some of that money has found its way into other markets. In part, distrust of markets and the availability of easy credit for those with capital, has fuelled the growth in ‘buy to let’ property – in itself a driver of further social inequality and a sense of intra-generational injustice. For those of you who have invested with us, despite the bumps along the way of market investing, you will have experienced steady rise in values, which has been well ahead of inflation, meaning a real growth in values. That in itself however, is further enhanced by fiscal actions, such as ISA, pension and tax allowance, taken a few years ago, which give significant tax advantages to those with wealth.

The 2020 ‘Covid crash’ as we said at the time was different. It was borne out of a shock from an unpredicted even. Stock markets, due to lack of information about what might happen, reacted sharply with a sell-off. However, almost as quickly, within a matter of weeks, a recovery started as government policy was clarified and a plan emerged. Despite the recent set back of the new covid variant, with vaccines in production and vaccination programmes being rolled out; we can start to see a return to something approaching normality at some point in 2021. Markets like that and it’s reflected in overall investment values. So what does this all mean for you in the future and how can your money help to shape the future?

Amidst the quiet of lockdown in early spring with fine weather, empty roads and old bikes dusted down and re-oiled, many of us aware of the environmental damage that we have collectively wrought on the planet might have dared to dream that finally we could see an alternative. That dewy-eyed optimism was dealt a sharp blow by the rush to get back on a plane in the summer. The persistent growth of internet shopping and enrichment of Jeff Bezos simply meant that our consumptive habits had changed channels, not abated. The Oxford Press needed 14 options for a ‘word of the year’ for 2020. Not one of them was climate change – that was “Sooo 2019”.

Money is the lubricant that oils the wheels of industry. It can’t do everything; we have to trust that democracy can still be effective and the positive aspects of community and social support that we saw demonstrated throughout the year continue to win through. However, increasingly money is having a role in shaping aspects of how businesses behave in our modern societies and the markets and governments are listening.

In response to ‘Blue Planet’ effect and the actions of Extinction Rebellion and Greta Thunberg, we have seen much greater interest from the public and investment markets in using money in a more positive mode. In 2019 we saw a significant launch of investment funds with an ESG (environmental, social & governance) policy. That trend has continued in 2020 with ‘impact’ and ESG being the trend phrases in the sector. It has to be said that some caution is needed as many of these could be seen as greenwashing of pre-existing funds – that’s why it pays to have experts, such as Ethical Futures, with over 20 years of experience in the field, to guide you. Indeed, we have spent some of this year sharing thoughts and experience with other IFA’s, who have only recently started to think about this approach for their clients.

The trend is however important, as it shows that gradually investment markets are waking up to the idea that we care how our businesses behave and that we would like to channel our money into positive outcomes. These outcomes reflect not just traditional concerns about arms or environment but pick up on social themes, such as gender equality, LGBTQ & Black Lives Matter. Increasingly, we see businesses assessed on the basis of diversity, across a range of metrics. One measure, which has quickly gained traction, is the 30% Club – focussing on opportunities for women to participate in company boards. Unfortunately, there are still examples of poor corporate behaviour and this year sadly, even a couple of ethical funds were caught out with an investment in Boohoo, the Leicester based apparel company with serious labour standard issues and deep involvement in the far from sustainable ‘fast fashion’ business. It just goes to show, that continuing vigilance is needed with investment selections. The important thing to note though, is that increasingly investment funds actively vote on corporate governance issues and seek to influence how business behave across a range of issues from executive pay, auditing and diversity – and if they don’t like the way the business is going they will sell and reallocate the money.

Good you may say, that’s what I want my money to do – but what about Climate Change? This year, it seemed as though by rescheduling COP 26 that Climate Change was off the agenda. The work noted above is all well and good, but if we don’t have a planet we can live on, then there’s little point. Climate change is not just about the weather, it encompasses massive issues such as how we live, where we live, what we eat, the mass movement of populations and ultimately our very existence.

The good news is that businesses are waking up to the opportunity and that the economics of climate change, mean that there is a financial rationale (such as the cost of renewables vs fossil fuels) that make sense to decision makers. Some of this change has been driven by the UN Sustainable Development Goals (UN SDG). These 17 goals were created in 2015 as a focus for global government development plans for the next 15 years to 2030. The UN recognised that governments alone would not be able to fund all of the work needed, and looked to private capital to fill the gap. Increasingly, we are seeing businesses and markets doing just that. Many investment funds are starting to benchmark their investment activities on how investment companies contribute to attaining an SDG such as Clean Water & Sanitation (no 6) or Sustainable Cities & Communities (no 11). Governments are also getting in the act with the growth of ‘Green bonds’ that raise money from investment markets to fund long term environmental projects for the social good. Even the UK is planning to issue its own ‘Green Gilt’ for this purpose. Once again, it’s an area fraught with differing interpretations and the risk of ‘rainbow washing’ but we continue to monitor and seek investment opportunities for our clients in this growing range of funds.

For you as an investors and private individuals, you can rest assured that you money can make your world. ‘Ethical’ or sustainable investing is not just a fad or a niche activity (it might have been when we started out) but now it is on the verge of becoming business as normal. You can access positively focused investments in your pension, your ISA, your savings plans and your deposits account.

We can’t rest on our laurels though – there is a lot more work to be done. In mainstream finance, this is particularly relevant in institutional and occupational pension fund money, where decisions often lay in the hands of a few trustees, but also in the banking system. Banking needs a radical overhaul with much more focus on local and community banking and a bolstering of the credit union movement. Our regulatory system also needs to step up to the mark. Currently the FCA is consulting on guidelines and policy for ‘ESG’ investing (Ethical Futures will be involved) but there are important grass roots sectors such as community finance and social investing, left out in the cold as ‘unregulated’ investments making them hard for everyday people to access or be advised upon.

There are however, more positives than negatives in the shape of the investment market today. As we approach a New Year and look forward to COP 26 vising Glasgow in November 2021, I look forward positively to the opportunities for further change and positive outcomes in the years to come.

Love yourself, love your finances

Shell Ordered to Cut Emissions - What does this mean?

Financing a Sustainable Future: Climate and Beyond

Can Pensions be a force for good?