Shell Ordered to Cut Emissions - What does this mean? 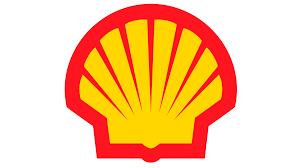 This is the first time that a company, as opposed to a country, have been subject to a court ruling regarding emissions.

Why did this happen?

The legal action against Shell was spearheaded by the Dutch arm of Friends of the Earth. Their purpose in bringing forth legal action was to ensure that Shell would abide by the Paris Agreement. The company had previously set out their targets in relation to the Paris Agreement by stating that they were committed to reaching net zero by 2050 with a 20% reduction in their pollution by 2030. However, this was deemed not good enough by Friends of the Earth who stated that these goals didn’t go far enough as the company was still investing in fossil fuels. They believed that the company needed to do more to offset its impact on the environment. Therefore, they began legal proceedings in 2019 with the goal of forcing Shell to change their behaviour in order to ensure that they will meet the requirements of the Paris Agreement.

As stated above, Friends of the Earth won their case and Shell have been ordered to reduce their carbon pollution by 45% by 2030. So what happens now?

Firstly, Shell have announced that they will appeal the court’s decision. However, the ruling will still be enforced while the appeals process is carried out.

This also means that in the future, more companies may find themselves subject to similar court cases as the definition of human rights expands to include climate change. If a company is found to be causing significant damage to the climate, they can be deemed to be in breach of people’s human right to a safe, clean environment. However, a case could only be made if the damage caused was of a certain size and clearly attributable to a specific company or companies.

To put it simply, the use of fossil fuels contributes negatively to the excess of carbon dioxide in our atmosphere which in turn causes our climate to become damaged. By investing in these companies, investors are indirectly contributing to this damage.

From an investment point of view there are further risks. Oil companies tend to be valued by the price of their unused oil reserves. However, if you account for all of the oil majors recurves, burning that oil is incompatible to aligning with Paris COP21 to align and limit global warming to 1.5 degrees. That ‘stranded asset’ risk seriously calls into question their value as an investment. However, cases like this show that the investor has a level of power that they can exert over fossil fuel companies.

If you want to exert this power closer to home, simply exclude fossil fuel companies from your investment portfolio. Speak to your financial adviser and let them know how you feel about this issue. They can help you to adjust your portfolio to match your values. They may suggest negatively screening investment funds which means that you will avoid investment in certain companies due to their involvement in what you deem to be undesirable activities. Or they may suggest positively screening investment funds which means that you choose which funds to invest in based off of the positive impact that they are having in the world. Whichever method you choose; you can ensure that your investments match your personal values.

There are also some easy ways to avoid fossil fuels in your daily life. For example, try and shop local. If you purchase your groceries from a shop close by, you can use less fuel to drive there or you might be able to just walk. If the food in the shop is local, it will also have used less fuel to get to there. If you’re planning a journey, think ahead and consider, do you really need to take the car? Is your destination within walking or cycling distance? Is there a bus or a train that passes nearby? You might even consider turning your central heating down a little or see if it’s possible to turn it off completely for a short while. Though we are in Scotland, so that one might be a bit ambitious!

The message we’re trying to convey is that you, as the consumer, hold the power to influence those companies that are negatively affecting your environment. Whether you choose to adjust your investments to avoid fossil fuel companies or you simply choose to leave the car at home more often, every action has an impact and every action counts.

‘Flexible’ Careers will Increase the Need for Financial Planning