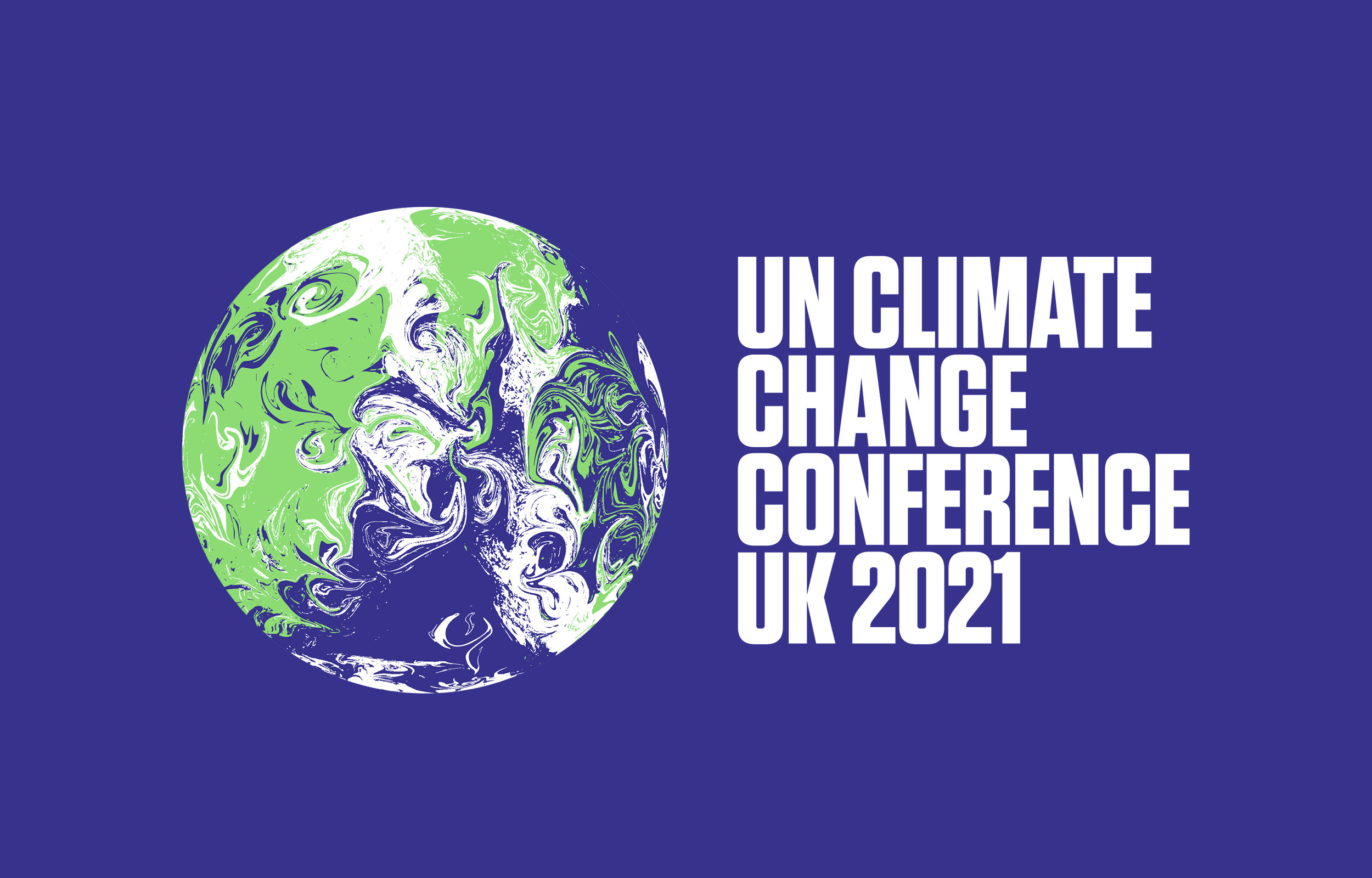 Hi everyone, my name is Marian and I am the marketing and client communications assistant here at Ethical Futures. I recently volunteered at COP26 as part of the Shuttle Hub team. My role involved ensuring that people knew where they were going and how to get there as well as making sure they had remembered to bring along any important information like proof of a negative lateral flow test or their accreditation.

I was based at the Shuttle bus stop on Union Street, just outside Central Station. This was near the beginning of the shuttle bus route and all the buses that passed by were on their way to the Blue Zone at the SEC. The bus ran roughly every five minutes. It started at Buchanan Bus Station, headed down towards George Square, passed Central Station, down to the river side and along to the Blue Zone. It then headed across the river to the Green Zone at Glasgow Science Centre before heading back roughly the way it came to terminate at the bus station.

My experience of COP 26 was really positive. There was a volunteer hub in Anderston near the Hilton where we were to check in before the start of every shift. We had access to toilet facilities and a kitchen and it was also a great place to chat to fellow volunteers. I had the opportunity to talk to quite a lot of people who were on different teams which helped give me an idea of what everyone else’s experience was like.

I was given a great uniform that’s really good quality and that looks quite nice too! We have black trousers and a blue and green polo shirt as the base layer and then three different options to go on top. We’ve got a black waterproof jacket with ‘#Volunteer’ on the back, a thick hoodie and a soft-shell jacket all with the COP 26 branding. Since it’s Glasgow in November, we were also given gloves and a woolly hat! To make sure that we were following the current Covid restrictions, and to keep each other safe, we were given masks and we were encouraged to socially distance and use hand sanitiser regularly. I personally felt very safe and that my fellow volunteers were all acting sensibly in regards to Covid safety. 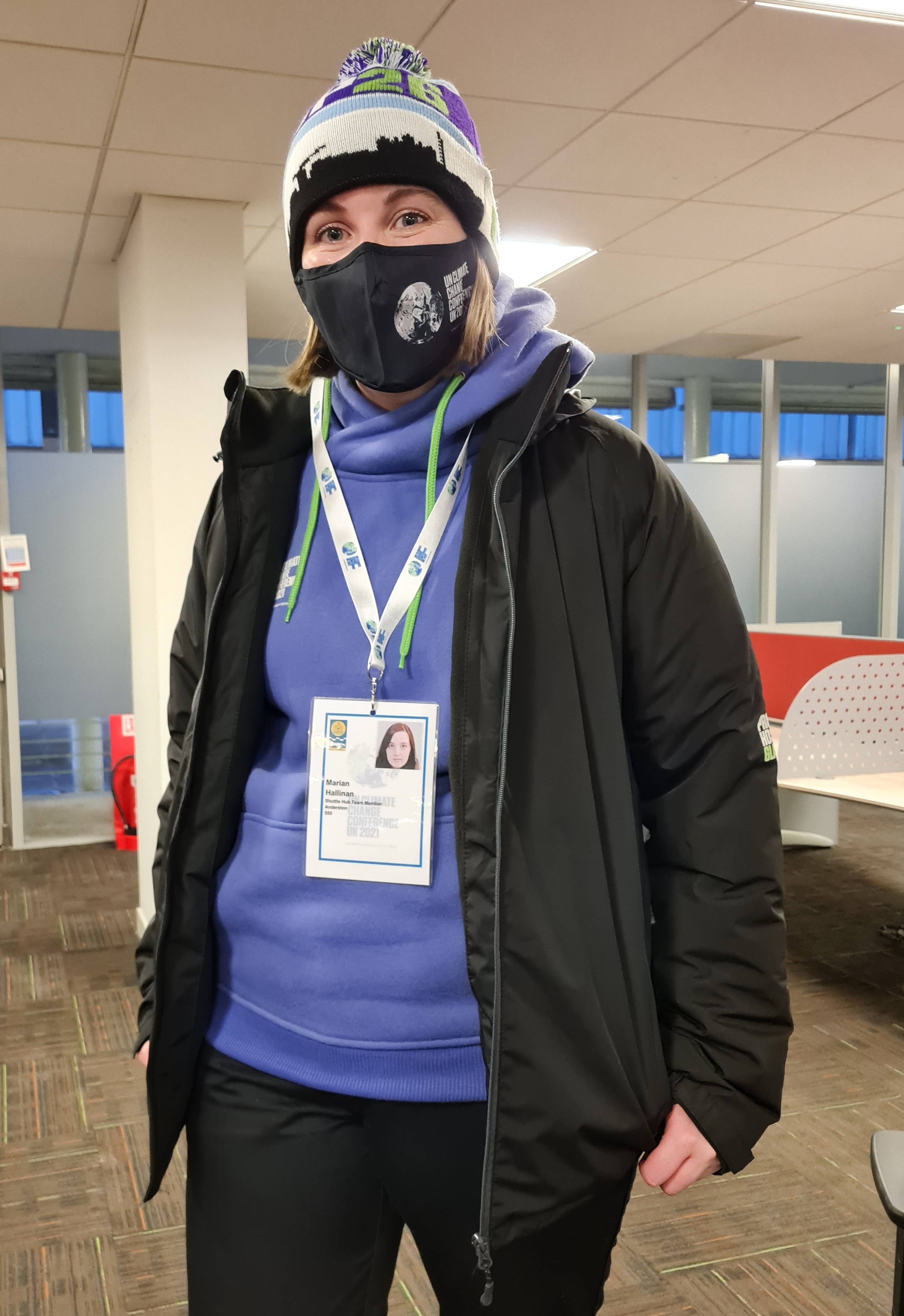 To give you an idea of what it was like to be a volunteer, I thought I’d give a little breakdown of what I got up to on my first shift which was on Sunday 31st October from 4.30pm to 7.30pm.

4pm: I arrived at the hub. I checked in for my shift and was given a reusable water bottle from Ocean Bottle. Each volunteer is encouraged to fill up their bottle from the water fountain in the kitchen and then tap it on a sensor by the door. This sensor tracks how many times the bottles have been filled which will allow Ocean Bottle to determine how many plastic bottles we have avoided using.

4.15pm: With my bottle filled up, I took a seat near some other volunteers to find out what they were up to. One of them was part of the ‘Accommodation’ team who, as the name suggests, were making sure that people managed to locate their accommodation. There was also a father and son duo who were part of ‘Active Travel’. Their role involved walking a designated route around an area of the city centre and making themselves known to visitors so that they could help if anyone was lost or in need of directions.

4.30pm: We all gathered together in our teams and were split up into our sub-teams in order to head out to our positions. Each team has either two or three members, no-one is ever left on their own. I was placed with Jenny and Helen and we headed out to Union Street.

4.45pm: We’re in position and ready to help! Our bus stop also had a member of First Bus staff to help facilitate the shuttle bus. Our job was to help the visitors; his job was to make sure the bus was running to time. Our first group of visitors were very interested in our uniforms and asked us if we were dressed in the ‘official swag’ of the conference!

Since this shift was on the first day of the conference, and it was late in the day, we didn’t meet a large number of visitors. Those that we did meet were from all over the world. There was some from Korea, Australia and Central Europe and some from closer to home places like Dublin.

The three of us had a nice time chatting to everyone and making sure they were getting on the right bus or getting the correct directions. And we had a great chat with each other in between!

When 7.30 rolled around, we said goodbye to our First Bus friend and headed back up to the hub to check out. They are very keen for everyone to both check in and out so that everyone can be accounted for. I really appreciated that as it makes me feel very safe.

And with that I said goodbye to Jenny and Helen and headed back down to Central to get my train home!

I know that I didn’t play a massive part in the conference but I like to think that I helped to make people’s visit to my home city a positive experience. After all, People Make Glasgow!

What Happens in an Internet Minute?

5 Financial Resolutions for the New Year

How Much did our True Love Spend on the 12 Days of Christmas?